An intriguing project is underway on Llŷn looking at conserving seagrass meadows. The National Trust, represented by our coastal ranger Laura Hughes, has teamed up with several other organisations and the local community in order to tackle the issues which are having a negative effect on the seagrass bed at Porthdinllaen.  A marine flowering plant, the green leaves of seagrass form underwater meadows similar to those found on land, except that it has many unique benefits including…
….and the list goes on! The project website has much more information on the benefits of a healthy seagrass bed www.penllynarsarnau.co.uk/projects.aspx 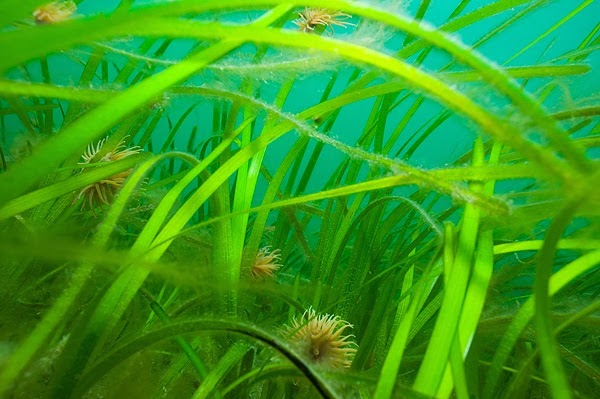 Back to the matter at hand, Porthdinllaen. This idyllic little fishing village near Morfa Nefyn has a expanse of seagrass estimated to cover an area the size of 46 football pitches making it one of the largest in North Wales. The issue? The moorings and anchoring currently occurring in the bay. Why?  It’s predominantly due to the 6 metre tidal range in the bay, meaning that the chains that connect the buoys to the anchoring system are often allowed to drag around the seabed during low tides, creating bald patches within the seagrass, clearly seen in the picture below. 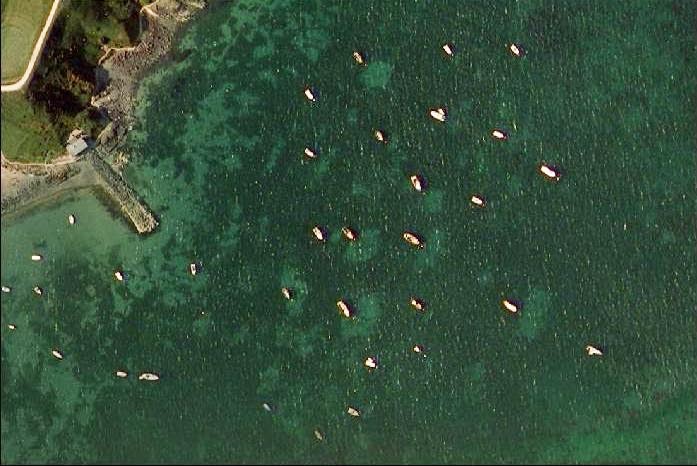 Aerial photo of Porthdinllaen © This orthophotography has been produced by COWI A/S from digital photography captured by them in 2006. Licensed by the Welsh Assembly Government's Department for Environment.
So, what is the National Trust doing about the situation? Well the seagrass is an important component of the Pen Llŷn a’r Sarnau Special Area of Conservation and because of the effects mentioned above it’s currently in unfavourable condition.  The Trust has joined forces with the Pen Llŷn a’r Sarnau SAC officer, Natural Resources Wales, SEACAMS, the Royal Yachting Association and local stakeholders such as the Llŷn Fishermans Association with the aim of developing management options that ensure the conservation of seagrass in the future without impacting on the current use of the bay.

What’s happening now? The project is a long term project, we wants to gather as much evidence as possible to inform any management options considered. A big part of the project is engagement with the local community and people who use the area.  Much information has been gathered during surveys in 2013, the results of which will be made public on the website and through open days and drop in sessions planned for 2014. Also ongoing is work to try to identify adaptations which could be made to the Porthdinllaen moorings to lessen their impact on the seagrass. With any luck, we’ll find one that suits the large tidal range at Porthdinllaen and we can begin trialling it in the area. 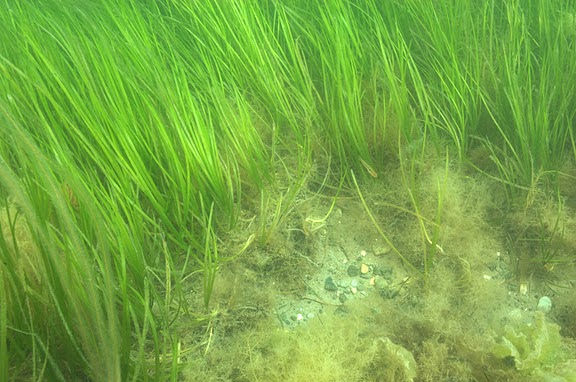 3-5pm: Drop in session
5-6pm: Light refreshments
6pm: A presentation on the findings of the project so far and the next steps
7pm: Workshops on mooring adaptations and the creation of a snorkel trail